Gold was discovered in the Chico area in 1863. Mining in the Curry Mining District started in the spring of 1894. During this period, miners working in the area lived in a settlement called “Yellowstone City.” Due to harassment by Crow Indians, Yellowstone City was abandoned by 1865. After Yellowstone City’s demise, a new settlement was built at Chico. The Chico townsite was closer to Emigrant Gulch and the mining activity. Chico’s population in 1874 was 300.

Eventually a school, general store and two boarding houses were built at the site. As the threat from the Crow abated, houses were built further up Emigrant Gulch and closer to the mines. The St. Julian Mine was opened in 1887. Ore from the St. Julian assayed out at $360 in gold and $40 in silver per ton of ore. A ten stamp mill was built in the late 1890’s and a 12 stamp mill in 1904. The 1904 mill also had a Blake Crusher and 6 Frue Venners.

The majority of the gold found in the Chico area was placer gold. Placer mining continued in the area from 1901–1942. A 70 ton Bucyrus steam shovel worked the lower placer ground. A second shovel of the same size was added in 1912. Shovel and hydraulic mining continued until 1932. In 1940 the Emigrant Mining Company built a giant Yuba electric dredge. 4,352 ounces of gold were recovered by the dredge until mining was stopped by WWII. Mining was resumed after the war, but was never profitable, and was stopped in 1946. The dredge was sold and disassembled. 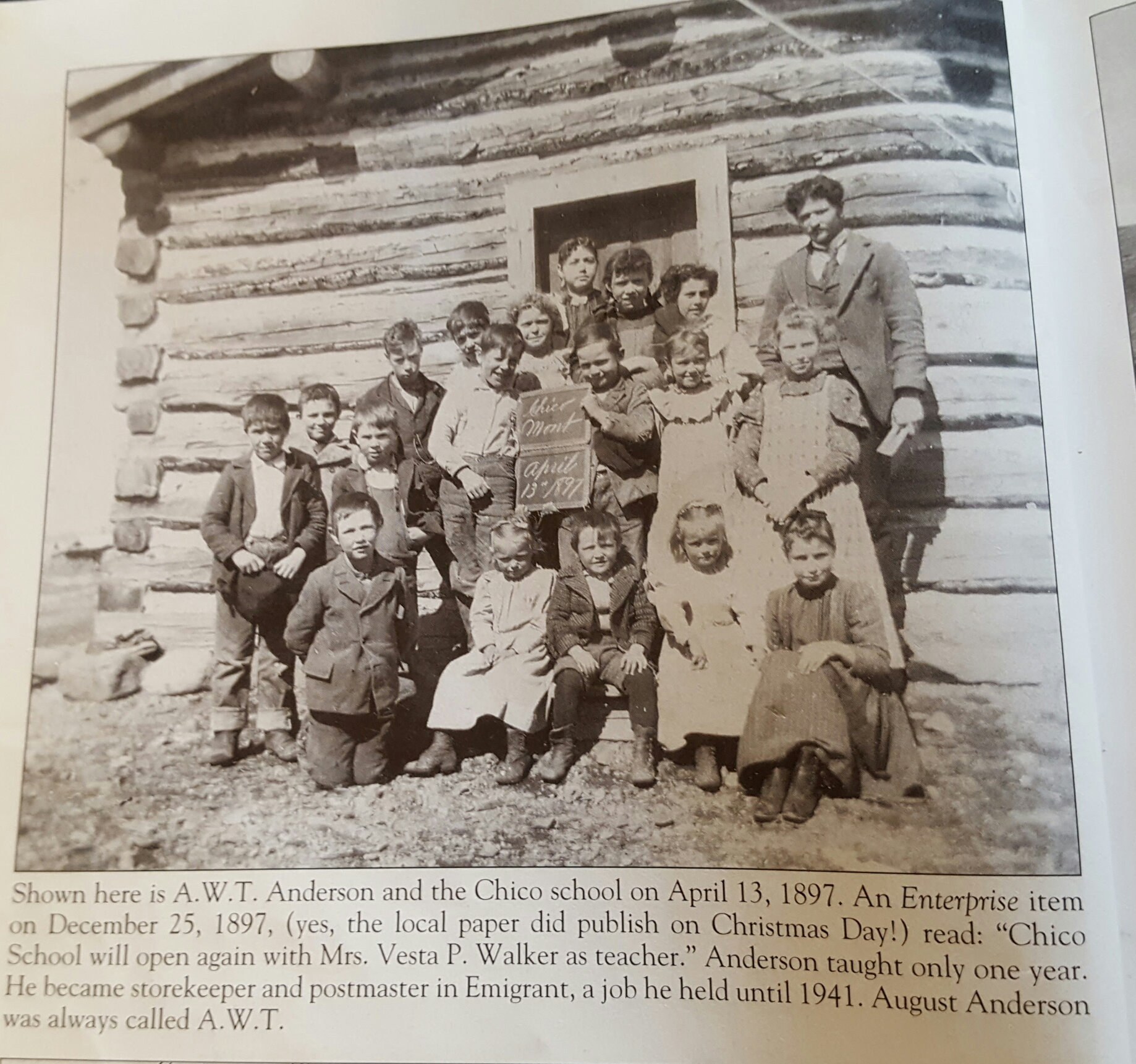 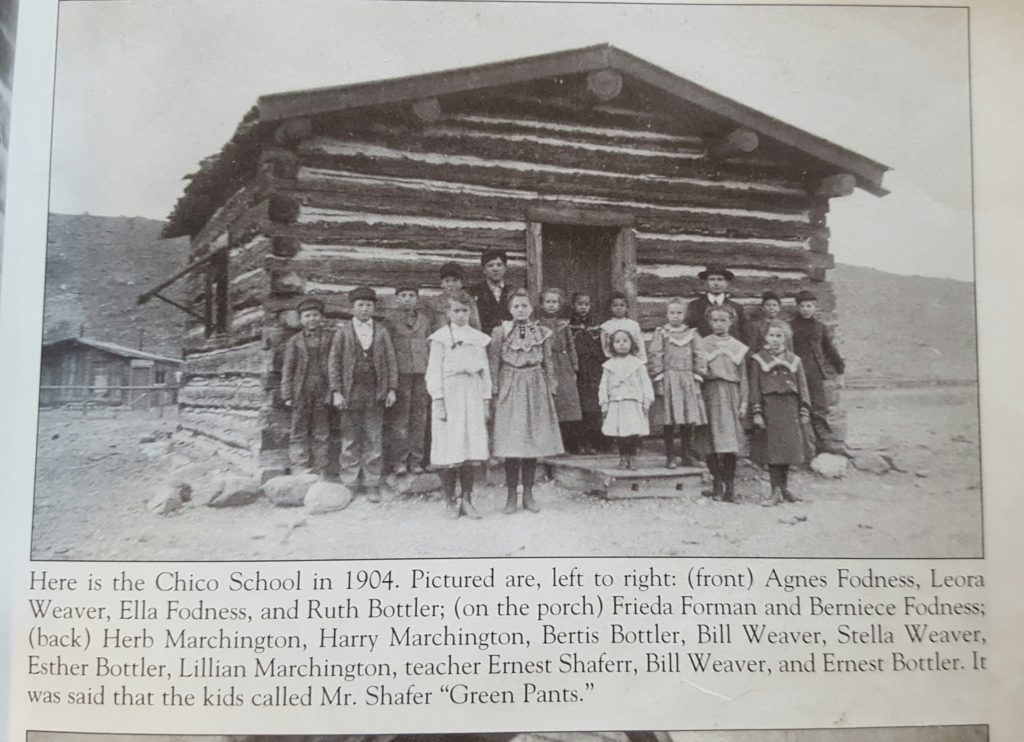 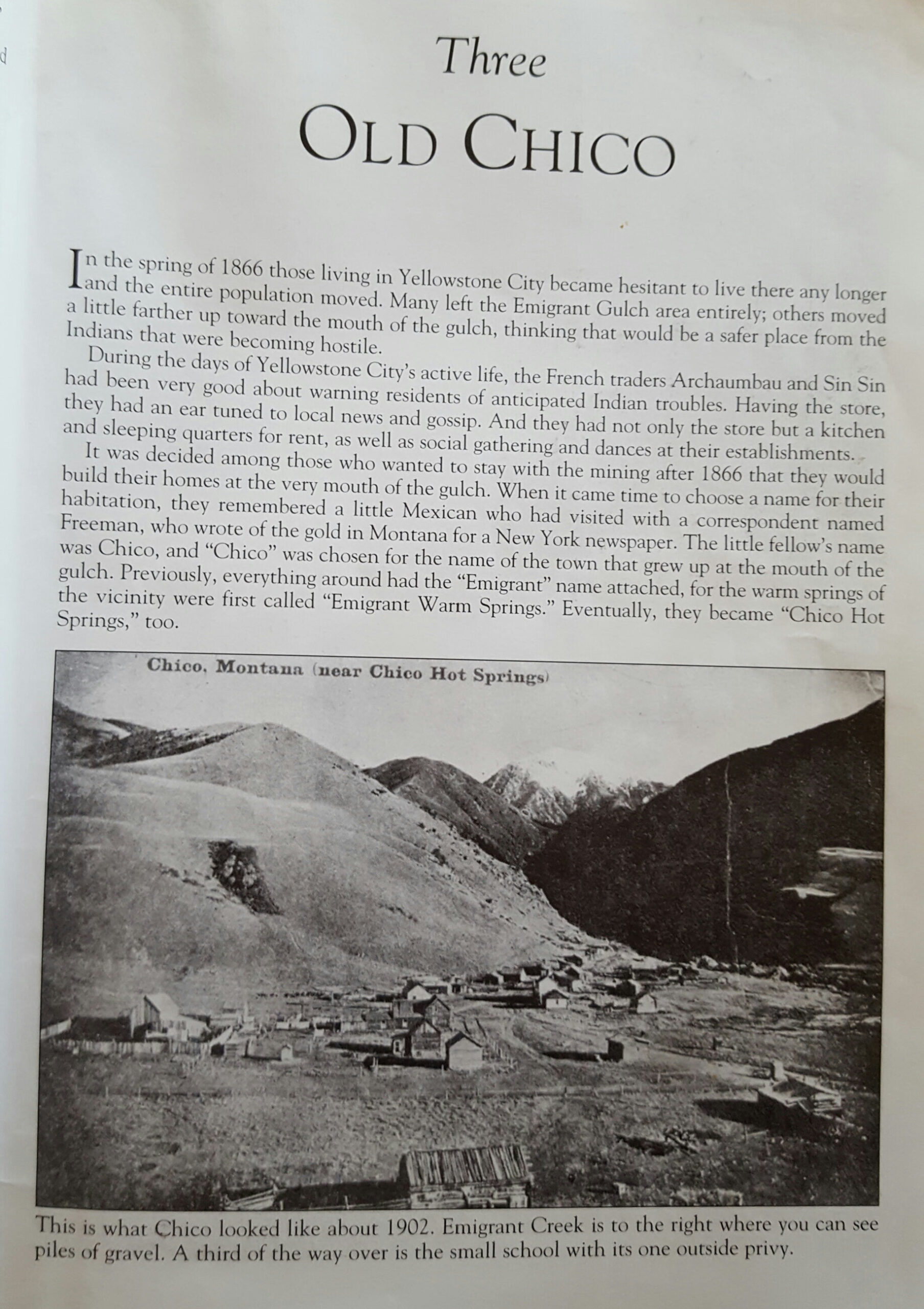 Sarah is a long-time resident and former Yellowstone National Park employee, offers guidance about anything from where to eat, hike, fish to finding the nearest hot springs.

Her own cabin is a mere stone’s throw away and she is happy to share her extensive knowledge of the area. If you are lucky… Sarah will share her bear story.

She supplies each cabin with two cans of bear spray and is happy to demonstrate how to use them!